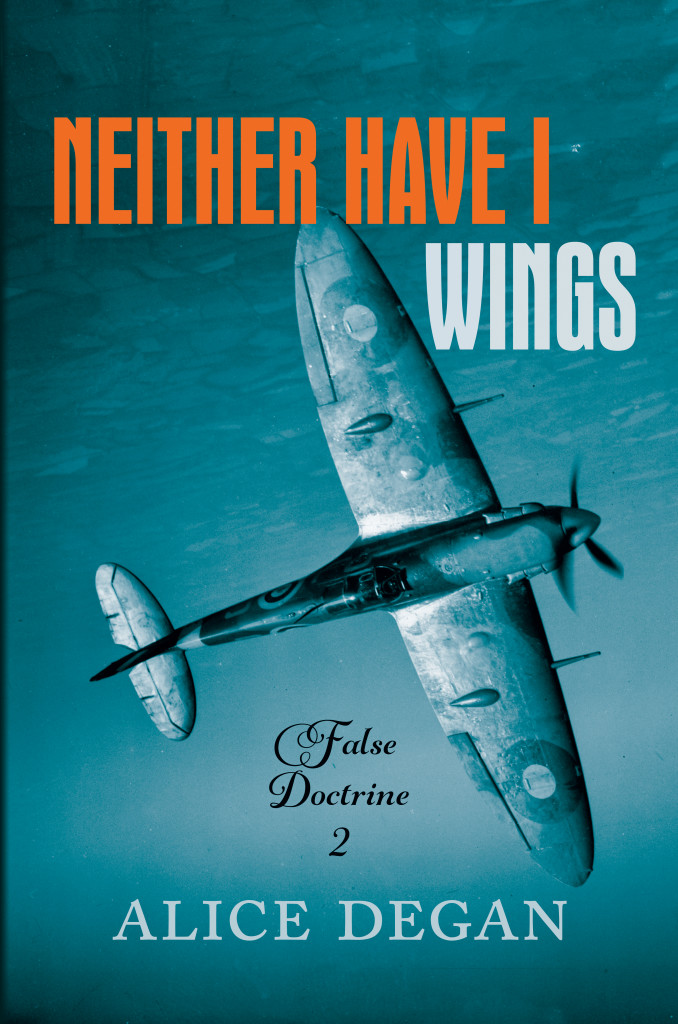 Part of the False Doctrine series:
View on Goodreads

“It’s just your basic good-versus-evil, angels and devils—it’s not that complicated.”

Charlie came face-to-face with the supernatural once before, but that was twenty years ago. He didn’t think anything like that would happen to him again. At the tail end of World War II, serving in the RAF, he rescues a young man who looks like a stained-glass window, and realizes he was wrong.

Evvie’s life changed dramatically six years ago, when a vision led her to the island of Patmos. But war intervened, and now she’s back in England. There may be a murder to solve at the hospital where she works. Her employer’s houseguests are clearly up to something. And there’s more to her new friend Fidelity than meets the eye.

Hal has wings—sometimes—but no memory of his past. As for his future, it is bound up with Charlie’s and Evvie’s in a way that will test each one’s courage and faith.

Neither Have I Wings is a sequel to From All False Doctrine.