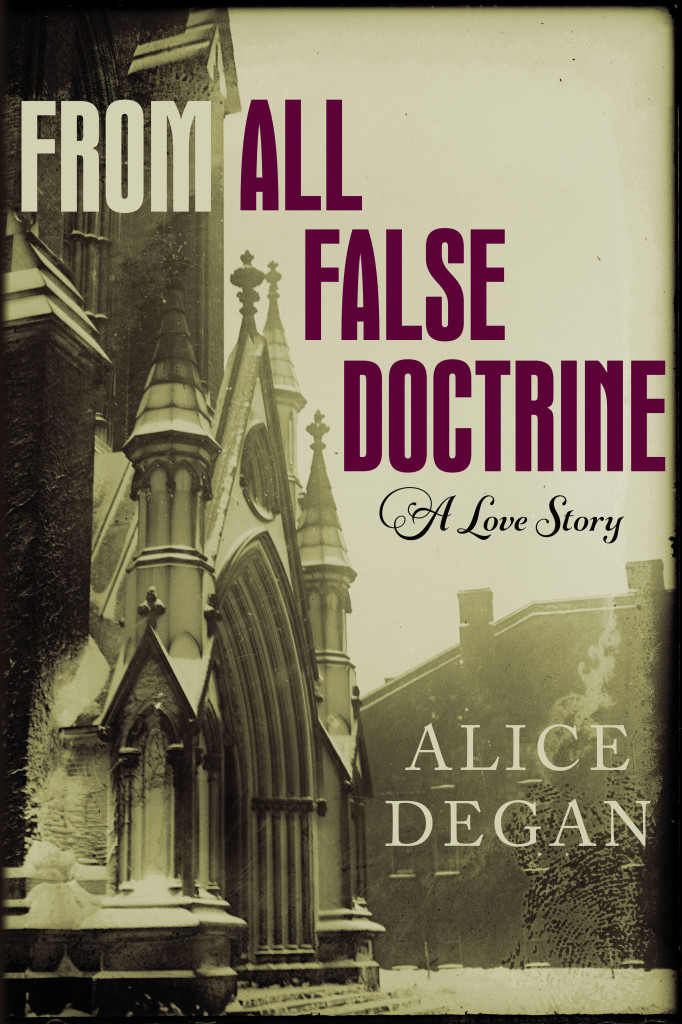 Part of the False Doctrine series:
View on Goodreads

“And smoke and fire, or maybe not fire, just smoke, and… I don’t know, somebody is saved from something.”
“Damnation, one would expect,” he replied automatically. “Though perhaps that’s too obvious.”

Toronto, 1925: An ancient manuscript and a modern cult promise the secret to personal metamorphosis. An atheist graduate student falls in love with a priest. A shiftless musician jilts his fiancée and disappears. From All False Doctrine is a metaphysical mystery wrapped in a 1920s comedy of manners.
Thrown together when their best friends fall in love, Elsa Nordqvist and Kit Underhill don’t think they have much in common. But when Kit’s friend Peachy drops off the face of the earth, and the manuscript that Elsa wanted to write her thesis on seems to have something to do with it, Elsa and Kit become unlikely allies. The question is, can their combined resources of Classical scholarship and Anglo-Catholic liturgy save a man from himself?

… a perfect blend of whimsey and macabre. …

If excessively likeable characters and obscure liturgical references aren’t enough for you, it’s worth noting that the story also serves as a particularly compelling exploration of the process of conversion.

Undeniable elements support this as the “love story” the subtitle suggests. However, equally dominant is a theme of reborn Christianity, or loss of atheism, through attrition and herculean struggles between the ‘prince of darkness’ and the Lord with production of miracles that provide a fitting climax.

An interestingly-written book that should be well received by Christian readers.