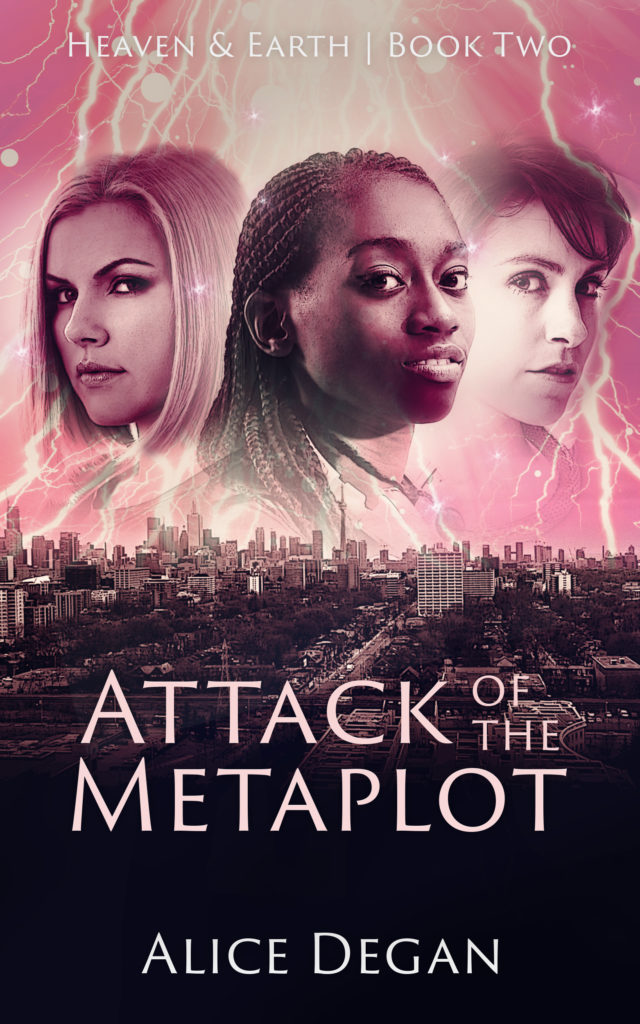 Part of the Heaven & Earth series:

The first time the employees of Stake Inc. tangled with the tenants of 7C, it almost put the urban vampire-hunting company out of business. Now they’re rebranding. Clare was the one who got them into trouble that time, but she’s been offered a second chance. She just has to decide whether or not it’s worth the risk to take it.

Rose White started Heaven & Earth Bakery to cater to Toronto’s underground population of supernatural Others, and business is good. It is Midsummer’s Eve, and as usual she has a catering contract for the Sidhe ball. Travelling with her to the festivities—with strict instructions not to eat the food—are Nick, her werewolf delivery boy, Cristina, her vampire assistant baker, and John, their entirely human case worker from the Office of Other Affairs. None of them is remotely prepared for what awaits them.

When a fairy enforcer challenges him at an arcade game, Nick anticipates an easy win. He doesn’t expect to end up inside the game himself, running for his life from carnivorous vines and wooden thugs. There’s also a dragon who bears him a grudge for some reason, a guy who wants to prove he’s the Alpha of the neighbourhood, and a question everyone seems to want the answer to: “What happened to Catalogue Number 519?” It’s all a bit much for a part-time wolf to take.

This is the second book in the Heaven & Earth series. It contains the stories “The Silver Bullet Gambit,” “Over the Viaduct, Under the Hill,” and “Ivy vs Elm,” plus bonus pages.