My dear friend Victoria Goddard tagged me in a Work-in-Progress Blog Tour, which offers me an excuse to talk about what I’m currently writing. But first, you should read the tantalizing first chapter of Victoria’s latest, posted on her blog, The Rose and Phoenix Inn. Victoria is an amazing prose stylist and builder of wondrous fantasy worlds—or, to be more accurate, fantasy world, because one of the remarkable things about Victoria’s stories is that they all take place in the same vast, meticulously imagined, many-faceted setting. Her dedication to her world sometimes makes me feel like a dilettante. 🙂

One of the unexpected effects of publishing my first novel and inviting my wider social circle to the launch party has been that suddenly a lot more people whom I see on a regular basis know that I write books, and they ask me about it in polite conversation. “So are you working on another book?” they say. “How’s the new book coming?” I can’t even overstate how amazing this is. It’s as if I went around for years concealing the fact that I have a fish tail, and now all of a sudden people want to make small talk about the ocean. Or something.

Anyway, the answer to the question, “Are you working on another book?” is “Yes!” In fact, I have a finished draft with my editor at the moment. Woo hoo!

To comply with the blog tour “rules,” I’m sharing three small snippets below: the opening sentences of each of the first three chapters of the new book. 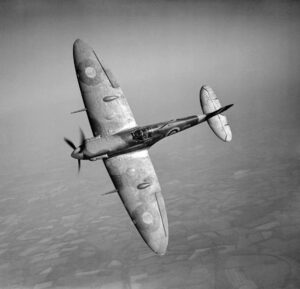 There was a shaded spot outside the officers’ barracks where somebody had set out a couple of chairs, and you could sit there and look away from the grey hangars and the whitewashed barracks and the runways, out over the North York moors, green and brown in the afternoon sunlight. Charlie stood in the doorway, looking at the chairs and considering the possibility of sitting in one. He had an errand to run, and work to do after he got back, and on the whole he didn’t really have time.

Evvie closed the file drawer and looked out the window. The view was depressing. In late summer, when the heather bloomed, it covered the landscape in a delicate purple fuzz that was quite pretty. Now, though, in March, the plants were a carpet of brown lumps, giving the moors a mangy, desolate appearance. And it was cold. So cold. Cold indoors, in the draughty old house with its rattling windows and big rooms and tiled floors, cold outside, where the wind scoured across the upland. Evvie wore thick socks inside her sturdy shoes, and a wooly cardigan over her plain grey dress, and kept a cup of hot tea on her desk when she worked in the office, partly to drink, partly to cradle in her hands to warm them. In the evenings she remembered with homesickness the sun dropping golden into the Aegean, its last warm light gleaming on whitewashed walls as the bells rang for Vespers.

Charlie pulled the car to the side of the road and turned off the engine. He looked over his shoulder at the slack, still figure curled up on the back seat. The blue sky, the moors, the road, the car itself all seemed unreal. The only real thing was what was lying there: the still, pale form of it, mutilated but beautiful …

Use the word, he told himself sternly. It’s not as if you don’t believe in it.

So there you have it. Evvie is a new character, but Charlie is the acolyte from False Doctrine, which makes this book a sequel. The setting is Yorkshire in 1945. And the word Charlie is trying to convince himself to use … Well, that’s the question, isn’t it? Oh, I forgot to mention the title of the book, which is Neither Have I Wings.

Next on the tour, I’m tagging my friend John Meadows. John is the talented photographer who took my author photos, which I love. But he’s also a Renaissance man with lots of different projects in the works. I don’t know which he will share, but I look forward to it!