I love practical how-to posts, so I thought I would share how I made something useful recently. I want to emphasize that word, “useful,” because Martha Stewart this ain’t.

Last year I found a really interesting calendar at Hanji, my favourite paper shop. It showed the entire year printed on a single large page, with boxes that were actually big enough to write in. It was made in Korea and embellished with cute animals and things. (I think there were also some instructions on the back about how to use it, in Korean, but really, the concept was straightforward.) I bought it halfway through the year, and actually didn’t end up using it much. However, in December, wanting to follow some advice from Joanna Penn’s excellent writing podcast and set some goals for the upcoming year, I went back to Hanji to pick up a 2013 calendar, only to discover that the company no longer produces them. This threw my goal-setting plans into complete disarray. How could I make plans for the year if I couldn’t plot them on a giant poster with cute Korean animals on it?? (Yes, this is a silly problem. Just take my word for it that it was a problem for me, okay?)

Well, what I ended up doing was drawing a giant calendar myself, on a sheet of packing paper. It’s not beautiful (the paper was a bit wrinkled to start with), but it has colourful stickers, and I have found it helpful to see the whole year laid out and to plot goals on it (in pencil, because I know what I’m like). If you invested a little bit of money in a nice sheet of paper, you could make it look really lovely. 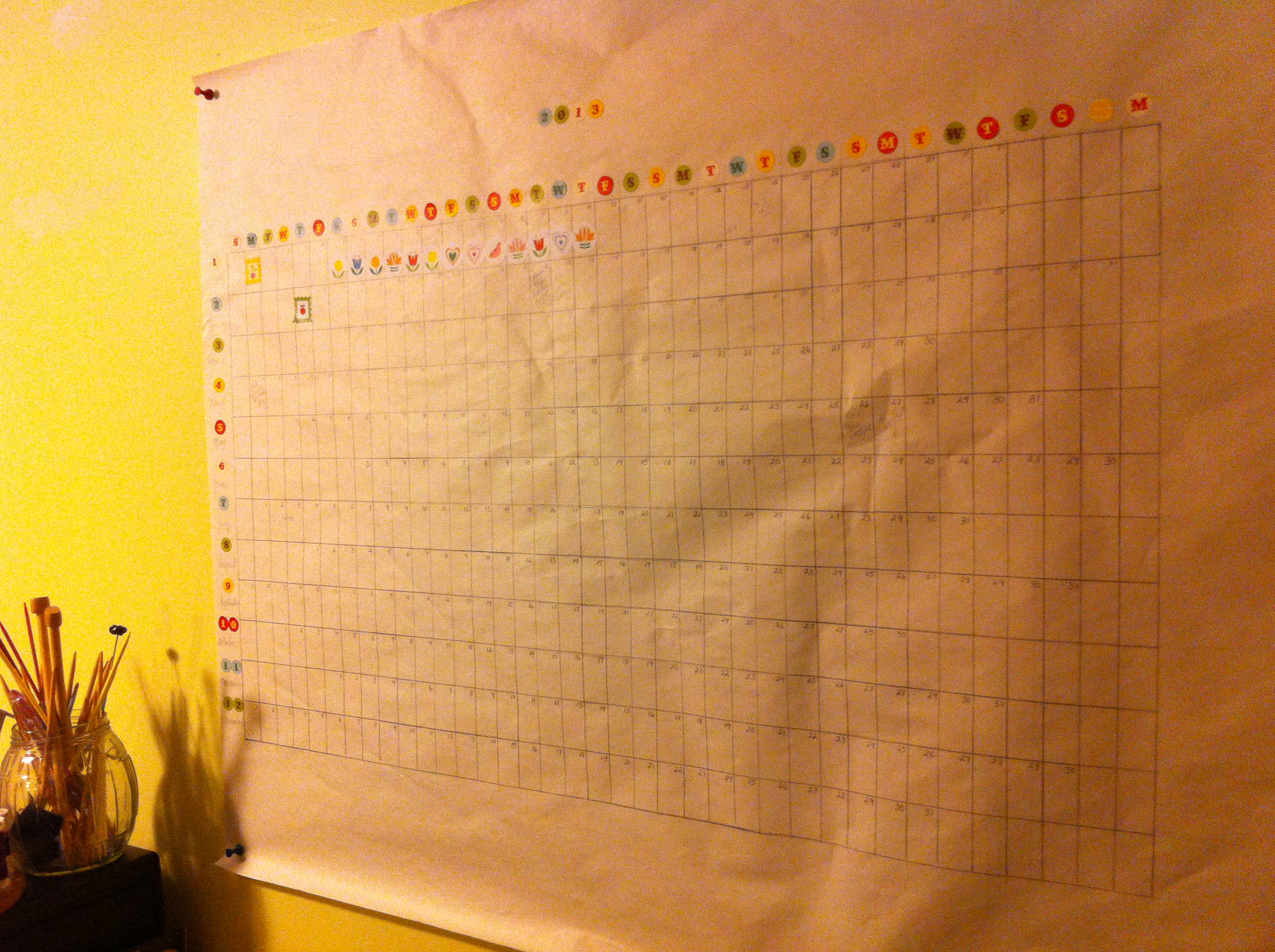 Here’s what you need to do: