Part II in a series on fictional characters encountering the supernatural.

When I started to think about literary characters reacting to the supernatural, one group of stories came to mind that you wouldn’t find in the Fantasy section of your local bookstore. Marie de France wrote her lais, short narrative poems, in the twelfth century. They are enigmatic little stories, concealing almost as much as they reveal, and I find them endlessly fascinating. There are twelve of them, of which four dramatize some kind of encounter with the supernatural. I thought it would be interesting to look at how this medieval author handles these moments of confrontation. There are some points of similarity with modern fantasy, but one major element of difference. 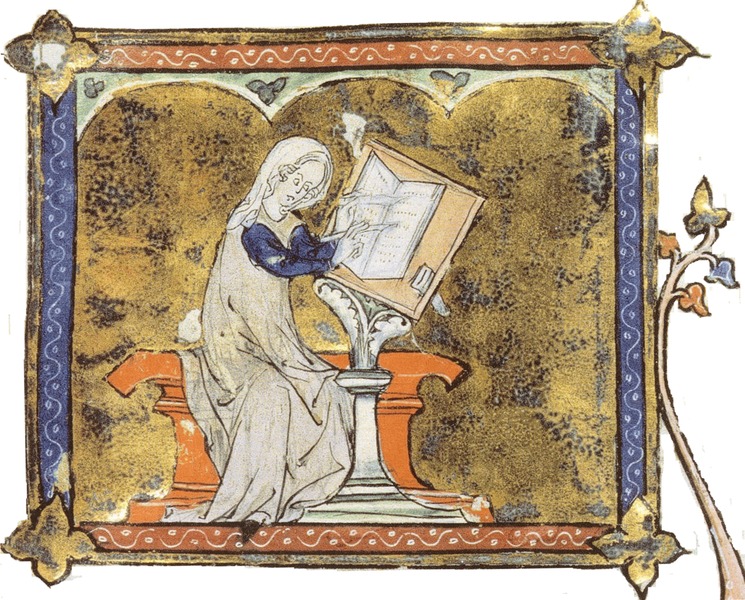 Marie’s lais, based, as she tells us, on Breton folktales, are set in a nebulous past in which werewolves, fairies, and talking animals sometimes inhabit the woods and rub shoulders with humans. As a narrator, she adopts the pose that this is the real past, that these are true stories. But we shouldn’t take that too seriously. The characters seem to know what type of world they live in, and their reactions to the things they encounter are conditioned by that knowledge. This is not to say that they are prepared for everything that happens.

In the first of Marie’s tales, Guigemar, the title character finds a mysterious ship in a harbour, lavishly outfitted and without a crew. He is astonished, because he had no idea that ships could land in this location. This seems fair enough—and the ship, as it turns out, is indeed enchanted, and bears him away to a foreign land where he meets his destined love. However, the ship is not the first fantastic element to appear in the story. In the opening scene, Guigemar shoots a white hind who proceeds to prophesy with her dying breath, sending him off in search of a woman who can cure his deadly wound (he’s wounded by the same arrow that kills the hind—it doesn’t make a lot of sense). The talking hind, unlike the mysterious ship, is not a cause for astonishment. Maybe this is because the motif of a talking animal is an established enough element of the folktale environment not to be worth lingering over. Certainly the impression we get is that Guigemar is prepared for the idea of a talking woodland animal in a way that he’s not prepared for an autonomous ship. This is something that actually happens in many modern fantasies as well, where we (and the characters) are prepared by the narrative for one type of supernatural encounter and then surprised with another type.

In another lai, Bisclavret, Marie begins by telling us that this is a story of the days when werewolves were common. They might be found roaming the woods, devouring men and wreaking havoc while in their altered form. So we know quite clearly from the beginning where we stand. When the hero reveals to his wife the true reason for his frequent departures into the woods, she reacts with fear rather than disbelief. She begins immediately to take practical steps to get rid of her dangerous spouse by stealing the clothes that enable him to revert to his human form. Later, however, the king’s courtiers, though inhabitants of the same world, react with amazement to the spectacle of a wolf who seems to display human intelligence and manners. Again, the supernatural, though apparently well understood, is belying expectations: a werewolf who roams the forest devouring men might be expected, but one who maintains an essential humanity and respect for the king is obviously a surprise. And, of course, it’s the hero’s ability to fit in at court even while in wolf form that eventually leads to the discovery of his identity and the restoration of his clothes (and thus his human form).

Lanval tells the story of a young man who is not so good at fitting in at court, even though he doesn’t turn into a wolf. The supernatural element in this tale is much more vague. I could easily introduce this lai as the story of a courtier who meets a fairy in the woods and then embarks on a secret affair. But one of the most interesting things about Lanval is that the lady in the woods is never specifically called a fairy. Like the mysterious ship in Guigemar, she stands out because of the incredible richness of her trappings: a gaudy tent topped with a gold eagle, a bed whose sheets and hangings are worth the price of a castle. She appears out of nowhere and clearly has access to supernatural knowledge; she tells Lanval that she has left her own country and travelled far to meet him, and that she can come to him in any private place so long as he is careful never to mention her existence to anyone. Clearly she’s not just some girl. Indeed, as he rides away after their first meeting, Lanval is plunged into doubt:

Lanval was greatly troubled;
He went away thinking about his encounter
And doubting in his heart.
He was bewildered, he didn’t know what to think;
He could not believe this was true. (ll. 196–200)

This doubt comes only now, as he’s left alone to reflect; it didn’t stop him from jumping into bed with the mysterious lady in her expensive tent in the first place. The conflict in this story arises, as you can well imagine, when he breaks faith with her by proclaiming her existence to others (in order to prove that he’s not gay). They don’t believe him, and now she won’t appear to prove him right. What the courtiers doubt is not her supernatural status—that is never named or discussed—but simply that she is as beautiful as he says she is. But then her beauty does seem to be part of her otherworldliness, so maybe it is more or less the same thing.

Yonec is also the story of a character with a secret supernatural lover. In this case, the woman is the human half of the couple, and the man is much more obviously otherworldly than Lanval’s lady. We’re not told exactly what he is, but he first appears in the form of a hawk, flying in the window of the lady’s tower chamber. He promptly turns into a handsome knight, and the heroine reacts just as you would expect:

The lady thought it astonishing;
Her blood ran cold,
She felt great fear, she covered her head. (ll. 120–2)

The bird-knight reassures her that he means no harm, and that, like the mysterious lady in Lanval, he has come far from his own country to seek her love. The lady is almost won over, but wants proof that the bird-knight is a good supernatural creature. Specifically, she wants to know that he is a Christian. (He is, so that’s okay.) She wants to know how this unprecedented creature fits into her understanding of the world—an understanding that already makes a specific place for the supernatural.

Nowhere in Marie’s lais do you find characters confronting the supernatural and having to reevaluate their whole worldview. In fact, I’d venture to say you won’t find much of that anywhere in medieval literature. (I’d love to know of counter-examples.) Characters express fear, astonishment, or even doubt when they encounter a “marvel” of some kind, but they already knew that they were living in a mysterious world where things like this might happen. Guigemar is prepared to take talking deer in his stride, but can be mystified by an empty ship; the courtiers in Bisclavret are prepared for man-eating werewolves but surprised by a courteous one. Lanval experiences a moment of “Was it all a dream?” type doubt, but doesn’t seek any precise explanation of his mistress’s nature, because none is really necessary. The lady in Yonec is fearful and amazed, but her fears are allayed when she is assured that the bird-knight is a Christian like herself, a weird creature but, reassuringly, a creature who knows by whom he was created.