Recently I made a small foray into a new craft. I came across a beautiful paper shop in the Korean shopping district not far from my house, and discovered that they offered lessons in book-making. I spent an enjoyable hour and a half putting together a little notebook covered in yellow mulberry-fibre paper, with a little latch on the front to hold it closed. My delight in this creation is somewhat out of proportion to the actual skill that I put into making it: this was definitely a beginner’s book-making project, and basically all I did was glue things together, on the instructions of the helpful shopkeeper. (Putting the latch on at the end did involve poking holes with an awl, and banging in rivets with a hammer, though, which was a lot of fun.) It wasn’t actually a kit, but it might as well have been. 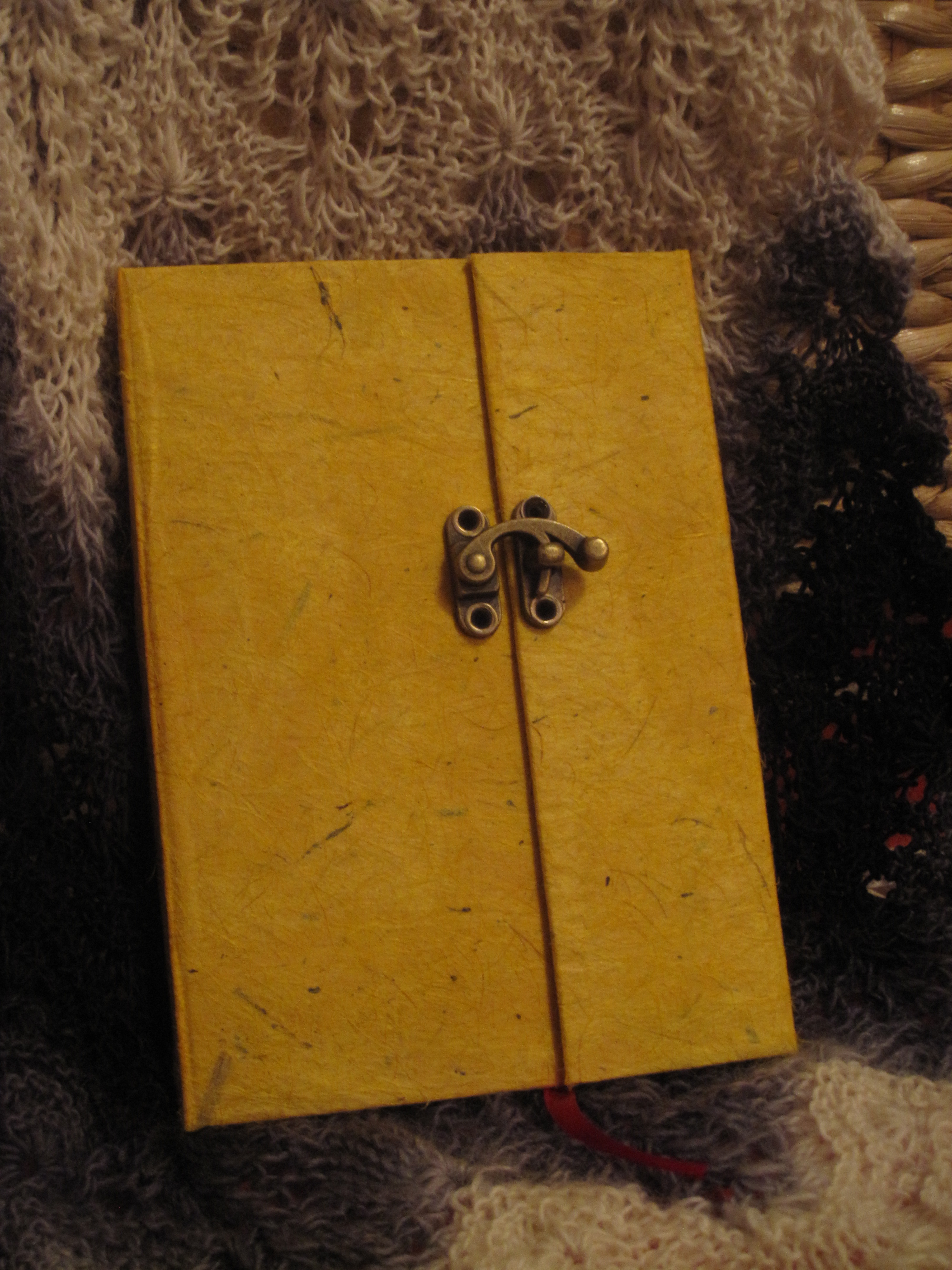 This has got me thinking, again, about the specific pleasures of making things. Here, my satisfaction was twofold: I’m pleased to have made a new type of thing, something I had never made before; and the possibilities of book-making as a craft open up before me. I can see how you could explore the design potential of the form, and how some of the pre-made parts that I assembled could, in fact, be made from scratch.

It’s this idea of making from scratch that interests me particularly. I think we gravitate towards it in any medium that we really embrace. People who enjoy baking turn up their noses at cake mixes; enthusiastic cooks would prefer to make their own pasta sauce, possibly even their own pasta. Hardcore knitters sometimes graduate to spinning their own yarn. How often have you heard people apologize for things that they made out of kits or using shortcuts (as I just did above)? Fan fiction — which is, I suppose, as close as you can come to writing with a kit made by someone else — is actually stigmatized. Fiction has to be made from scratch in order to be taken seriously.

But even with fiction, an author is just rearranging pre-existing words, pre-existing ideas and images and bits of plot. My writing echoes with everything I have read and heard that has influenced me, consciously or not. This is even clearer with other arts and crafts. All human creation is about rearranging bits of the created world. That knitter-turned-spinner could take things a step further, buy a farm and raise sheep and shear them herself (or plant flax, or bamboo, or raise silkworms), but she can’t create the sheep (or the flax, bamboo, or worms) ex nihilo, out of nothing.

I think we are impelled by our human nature, by virtue of being created in the image of a creating God, to try in our own ways to come as close as we can to creation out of nothing. But we’ll always fail. There will always be a gap. What comes to falsely fill that gap, to convince us that our own efforts are more impressive than they could ever really be, is pride. Maybe starting again as a neophyte in a new craft every so often can help with that. On the other hand, maybe I’m just making excuses for my own fickleness.